Do yoy know about ashura? 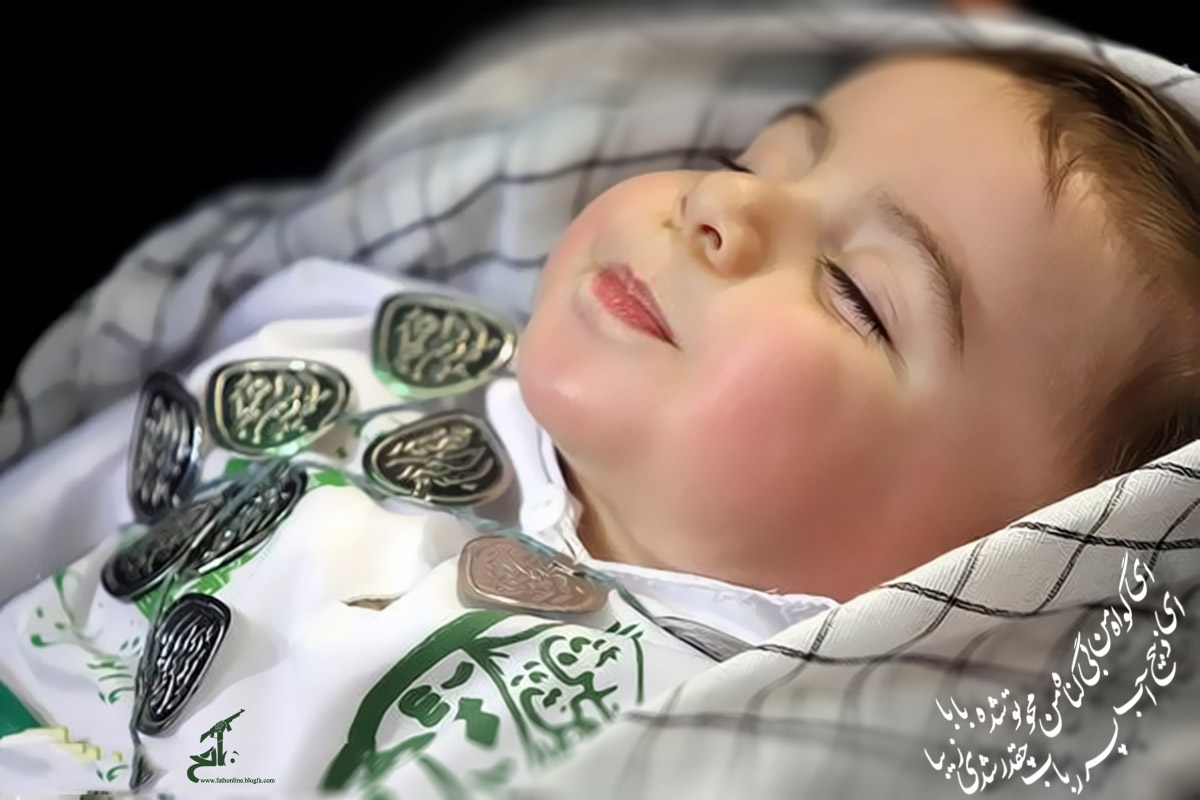 Is Hazrat Ali Asgar (AS) buried on the chest of Imam Hossein (AS) in the same grave?

In this regard, Martyr Qadhi Tabatabai (ra) says in the footnote of his book titled "An Investigation into the First Arba"ein of Imam Hussein (a.s)" as such: "This story is heard on the tongues of some people especially those who give lectures on the pulpits that when Imam Sajjad (a.s.) wanted to bury Ali Asghar  (a.s.), he placed him on the chest of the Chief of Martyrs, Imam Hussein (a.s). This allegation is unsubstantiated and has no proper chain of transmission.
In addition, this is problematic and objectionable according to jurisprudential law as well, because it has been stated in the etiquettes concerning the burial of a deceased person that the corpse should be laid on its right side so that the dead body"s face is in the direction of Qibla. He should not be laid in the grave with his chest towards the sky and toes towards the Qibla.
If it had been allowed as such, it could be assumed that Ali Asghar"s body was placed on the Imam"s chest. Of course, it can be said that Imam Sajjad, peace be upon him, may have buried Ali Asghar opposite to Imam Hussein"s chest with his face towards the Qibla. Such an assumption is allowed and supposable but there is no narration or proof to substantiate this point either. Perhaps, the reporter may have meant that Ali Asghar"s martyrdom was so difficult and unbearable for Imam Hussein, peace be upon him, that the incident burnt his holy heart.
It was as though Ali Asghar was buried on his father"s chest. Such an interpretation is figurative and has nothing to do with the concrete action. Hence, the famous saying is that which has been said by historiographers that:  "The martyrs of Karbala including Ali Asghar (a.s.) are buried beneath Imam Hussein"s feet.[1]
[1] Qadhi Tabatabai, Sayed Muhammad Ali, "An Investigation into the First Arba"ein of Imam Hussein (a.s.), p. 95, Ministry of Guidance, Tehran, 1383 (2004).